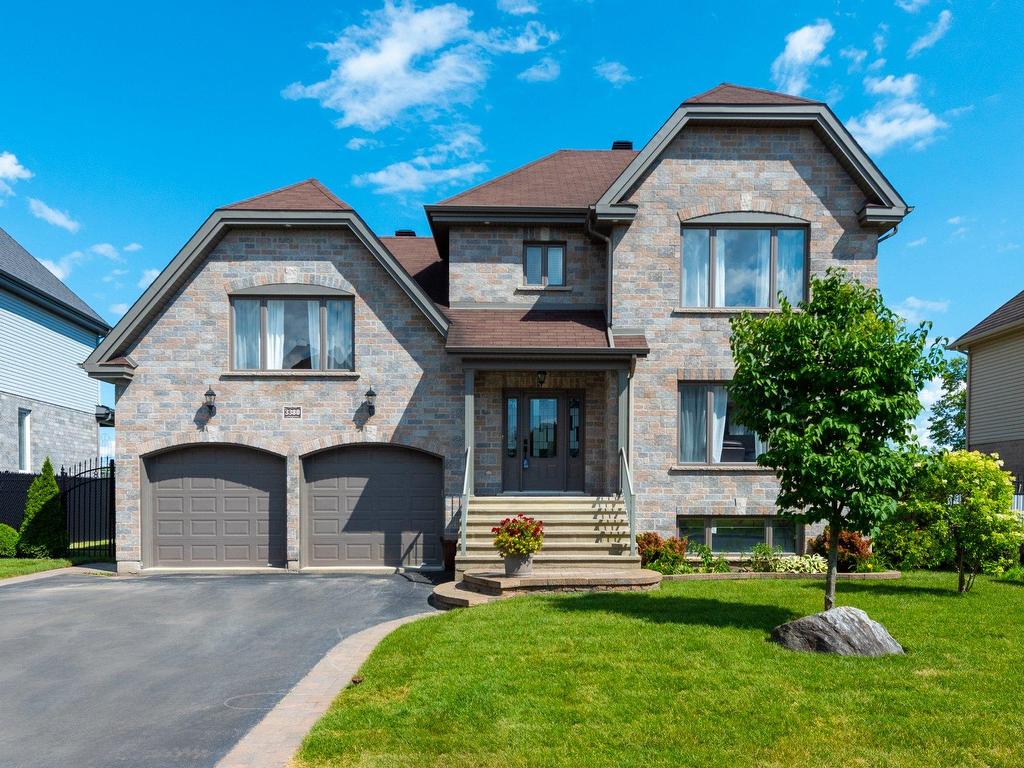 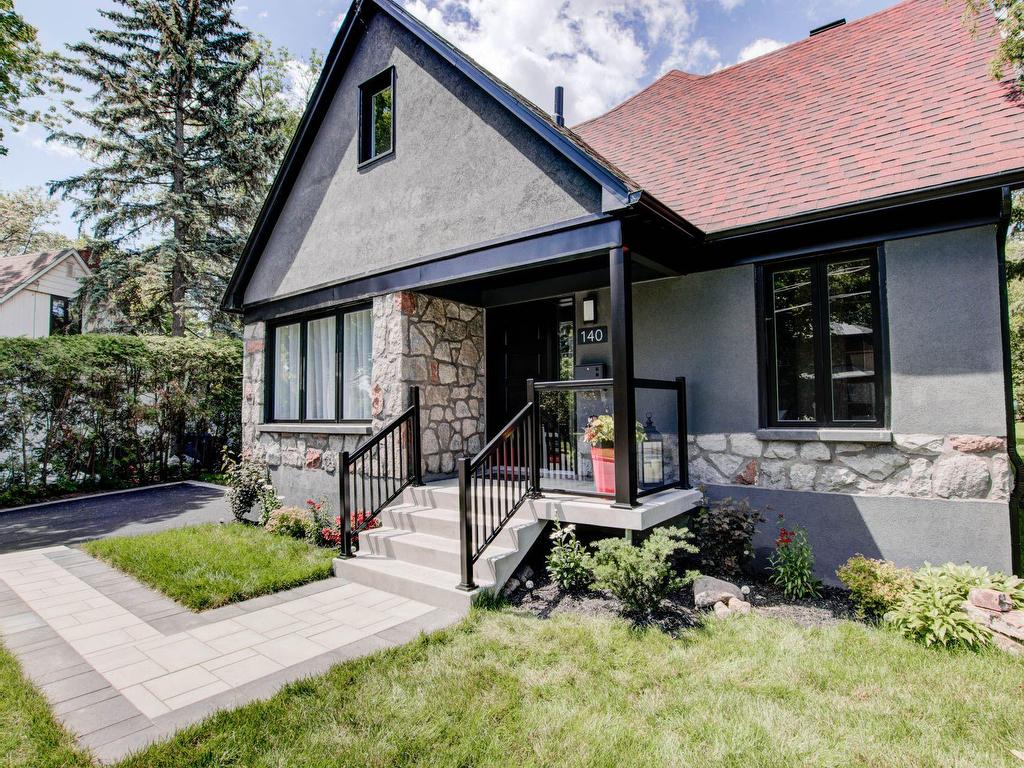 Buy or sale real estate in Longueuil, with Pauline Chen and Felix Villeneuve.

Call us for more information:

Longueuil - A city in a rural setting!

Located on the south shore of the St. Lawrence River and facing Montreal, the city of Longueuil is made up of three boroughs: Vieux-Longueuil, Saint-Hubert and Greenfield Park. Almost 250,000 inhabitants live there, making it the 5th most populous city in Quebec. 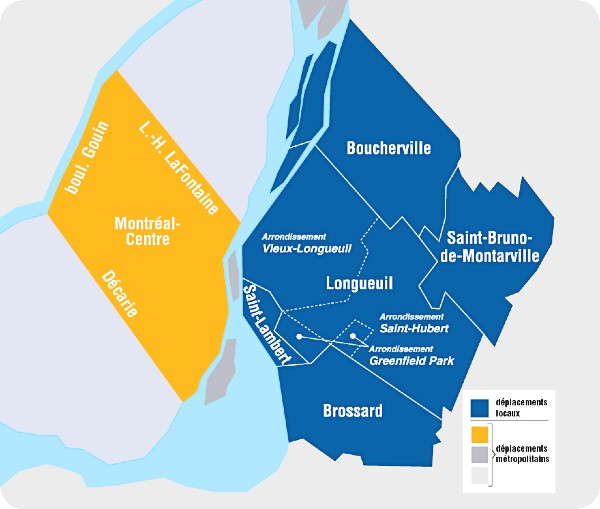 A city that is both modern and turned to the future, Longueuil is particularly asserting itself in the following four development poles:

Rediscover Longueuil, a dynamic living environment, in sound and images (in french)!

Longueuil is thus recognized for its economic vitality, its must-see cultural events, its sports and recreational facilities promoting healthy lifestyles, its initiatives in sustainable development, its network of cycle paths, its proximity to the majestic St.Lawrence River, its airport zone, the urban way of life near downtown Montreal and the neighborhood life so cherished by those who have lived there for several generations.

With the Ma rue pour jouer, pilot project (My street for play), Longueuil wants to offer citizens many safe places to play, move and socialize near their homes. Certain sections of the street will thus become free play areas, framed in such a way as to ensure the safety of all.

Vieux-Longueuil is a historic district located in the urban agglomeration of Longueuil. It includes the city of Longueuil before the 1961 merger as well as the former territory of Montréal-Sud. It is the most populous of the three districts with 130,000 inhabitants. The Vieux-Longueuil district is endowed with significant public facilities and infrastructure and has many local shops.

In an article published on October 25, 2020, the newspaper La Presse describes the neighborhood advantageously:

“From bungalows for young families to modern condos with a sublime view of the lights of Montreal, including heritage homes, the Vieux-Longueuil district offers residences for all tastes, at affordable prices considering its enviable location and low tax rates compared to the central districts of the island of Montreal. Among the elements of pride noted by citizens: the presence of large mature trees, the tranquility, the bike path that crosses the entire district and provides access to the river. » (Source :  Habiter l'autre rive : le Vieux-Longueuil - LA Presse,  https://bit.ly/3rQAJt9. 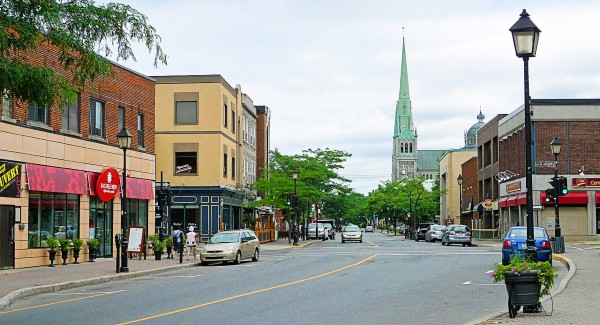 Rue Saint-Charles is at the heart of Vieux-Longueuil. It crosses downtown Longueuil with its many shops and terraces.

A peaceful suburb popular with middle-class households, particularly young families, the territory of the Saint-Hubert borough located on that of the former city covers an area of 66 km2 where approximately 87,650 people reside. It has an airport, one of the oldest in Canada, as well as four industrial parks that bring together many businesses.

As for the industrial component, Saint-Hubert includes several companies, the most important of which are in the aerospace and agriculture sector. The American multinational Pratt & Whitney maintains its main plant in the district near Saint-Hubert Airport. Also, the general management of the Canadian Space Agency is headquartered in the city. The National Aeronautical School, one of the main flight training institutions in Quebec, is located on the Cégep Édouard-Montpetit campus in Longueuil. As for the agricultural component, the protected zone covers 40% of the territory of the district, or 2,551 hectares. In addition, the Longueuil Public Market is located in the Airport Zone sector. Saint-Hubert also includes natural environments including fragile wetlands.

The newspaper La Presse will say of Saint-Hubert that it is the least well kept Secret of the South Shore:

“Saint-Hubert has become a popular destination for young first-time buyers who see it as an opportunity to gain a foothold in the real estate market, while remaining in the inner suburbs of Montreal with all the advantages that this entails. And these advantages are numerous: access to the island of Montreal in the morning without going through the Jacques-Cartier or Champlain bridges, multitude of services, large land areas and above all, lower prices than its neighbors in Saint-Lambert. , Brossard and Vieux-Longueuil. "(Source: La Presse, Dominique Talbot, May 1, 2016: https://bit.ly/3fJbJBu, free translation)

“Saint-Hubert has become a popular destination for young first-time buyers who see it as an opportunity to gain a foothold in the real estate market, while remaining in the inner suburbs of Montreal with all the advantages that this entails. And these advantages are numerous: access to the island of Montreal in the morning without going through the Jacques-Cartier or Champlain bridges, multitude of services, large land areas and above all, lower prices than its neighbors in Saint-Lambert. , Brossard and Vieux-Longueuil. "(Source: La Presse, Dominique Talbot, May 1, 2016: https://bit.ly/3fJbJBu, free translation)

Note that Longueuil City Hall is located at 4250, chemin de la Savane, in the Arrondissement of Saint-Hubert.

Once a full-fledged city founded in 1911, it was annexed to Longueuil on January 1, 2002 during municipal mergers. Greenfield Park is the only borough in Longueuil officially having bilingual, French and English status. In 2006, the city had 17,084 inhabitants divided between francophones (46.7%), anglophones (33.8%) and allophones (17.8%). Its area was 4.78 km2. Almost entirely urbanized, its development is limited.

In 2014, the newspaper La Presse described Greenfield Park as A village near the city center:

“Portraits of young families who, after having lived in some of Montreal's most trendy neighborhoods, decided to cross bridges to settle in Longueuil in the borough of Greenfield Park. Why Greenfield Park? “It's the character of a village near downtown Montreal. The children ride their bikes in our street which is not very busy, our yard is huge, the neighbors help each other and there are several schools in the borough, including an international school, ”explains the one who loves working in Old Montreal . “I take the bus which takes me there in 30 minutes, door to door. In the evening, however, I can't wait to ... get home! », testifies a new resident. (Source: Greenfield Park: bye-bye, Montreal !, La Presse, November 5, 2014: https://bit.ly/3mlvReg  free translation)

Note that the premises of the Orchester symphonique de Longueuil are located at 156, Boulevard Churchill in Greenfield Park. 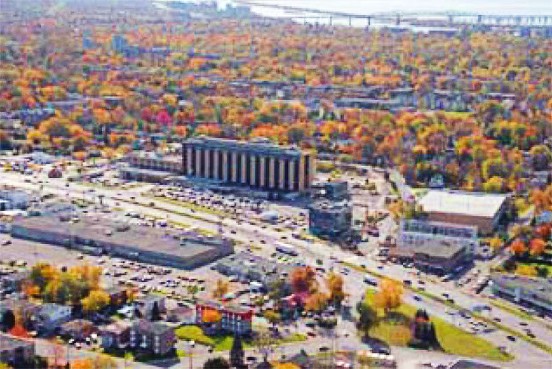 For its exceptional location

Located south of Montreal, Longueuil is bordered by Boucherville to the north, Saint-Lambert and Brossard to the south, and Saint Bruno to the east and the St. Lawrence River to the west. The municipality is also linked to the main road junctions 10, 15, 20, 30 and 132.

As for public transport, the Longueuil subway station and soon the Réseau électrique métropolitain (REM) make it an ideal choice for going to work in Montreal without car and without worry. As of the Réseau de transport de Longueuil (RTL) is the main player in the mobility of people on the territory of the five cities of the agglomeration of Longueuil. The third largest transport company in Quebec, the RTL has a network of 793 kilometers. Thanks to 1,112 employees, the RTL is a major employer and thus contributes to the economic vitality of the region. The RTL appears for a second consecutive year in 2020 among the top employers list of Forbes magazine.

For its cultural life

The Théâtre de la Ville (The City Theater) is a performance hall located on the South Shore. It presents theater, music, humor, song, dance, circus and activities aimed at young audiences. It is distinguished by an innovative artistic proposal, presenting a wide range of disciplines in the performing arts.

The Théâtre de la Ville is the place of choice for all kinds of music, theater, comedy and variety shows. Source: https://www.theatredelaville.qc.ca/.

Recognized as a cultural leader in Montérégie, , l’Orchestre symphonique de Longueuil (Longueuil Symphonic Orchestra, OSDL) is the 4th largest symphony orchestra in Quebec. Founded in 1986, it brings together 52 professional musicians. Its mission is to produce innovative musical events that democratize access to symphonic music, accross the Montérégie. 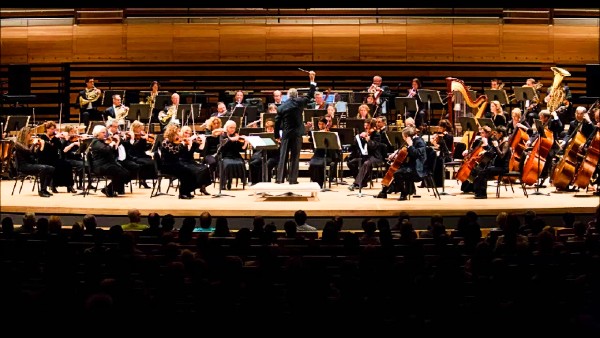 The music of the Orchestre symphonique de Longueuil and its 52 professional musicians enrich the life of the South Shore community. Source: https://osdl.ca/.

The Longueuil Christmas and Traditions Market

Discover more than 35 artisans from Quebec by visiting our virtual tour from November 24 to December 24 each year. At the Longueuil Christmas and Traditions Market you will find entrepreneurs in various spheres: agro-food, jewelry, fiber-textiles and household items. Explore the illuminated trails of the most authentic holiday market in Quebec! Discover the exceptional craftsmanship of the artisans and let the real Santa Claus know your !

A beautiful memory of the 2015 edition of the Christmas Market and the traditions of Longueuil.

Thanks to Francine Huppé who directed the video clip.

Every year, the magic of the Grands Feux Loto-Québec in its grandiose and majestic formula can be lived at the La Ronde amusement park in Montreal, who come to present a pyromusical show lasting 30 minutes. It is the largest and most prestigious fireworks competition in the world. Come see these breathtaking fireworks from the Jacques-Cartier Bridge or from Marie Victorin Park.

Bordered by the St. Lawrence River and its seaway accessible by Marie-Victorin Park, go to an enchanting site for a picnic or a hike! Or take the bike path and take a ride past the locks to spend the day on the banks of Parc Jean Drapeau. For its part, Marie-Victorin Park is a linear park, over 5.5 km long. It is part of the recreational network being located between the highway and the river. Here are several advantages of using it: a cycle path mainly on the Promenade René-Lévesque, picnic areas and places to observe flora and fauna in the Pointe du Marigot sector; these inspiring places will satisfy nature lovers. 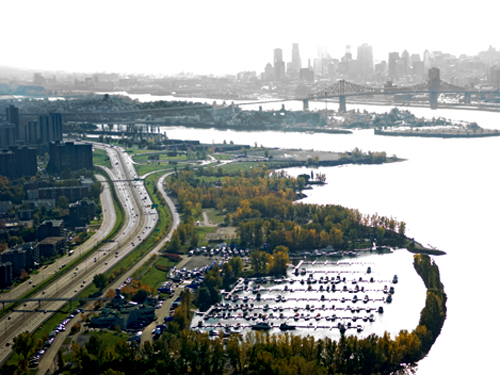 From Highway 20 to Saint-Lambert, there is a park and green area that joins the Cycling Path and the Route verte. Source: https://bit.ly/2RaRS44.

Still affordable prices, quality of life, easy access to several parks, access to expressways, and of course beautiful homes: these are all good reasons to buy a property there. In fact, the Longueuil real estate market has been the most interesting in terms of investment in recent years. Between 2019 and 2020, an increase of nearly 25% in the selling price of homes was profitable for many owners.

Longueuil is resolutely an urban city, while being rural. A city in which each district has its own color. The proximity to Montreal and the ease of access thanks to the Longueuil metro system mean that market conditions favor sellers. However, the South Shore real estate market is far from wanting to run out of steam. The Longueuil real estate market still offers today's buyers excellent investment opportunities. Better late than never !

The median price for a single-family home or a condominium remains very affordable with a difference of 55-60% compared to properties on the Island of Montreal, allowing buyers to obtain a better quality of life, at a better price.

To sell your residential or commercial property, contact Pauline Chen and Félix Villeneuve, brokers specializing in real estate in the Longueuil region. Contact us without delay at the following numbers: (514) 887-9081 or toll free (833) 215-0228.

What to do in Longueuil ?

Visit our others location pages :

By continuing your navigation, you agree to the use of cookies by Pauline Chen et Felix Villeneuve - Royal Lepage and third parties to adapt the navigation, content and advertising to your preferences and interests, and to collect data to statistical purposes. To learn more, click here.